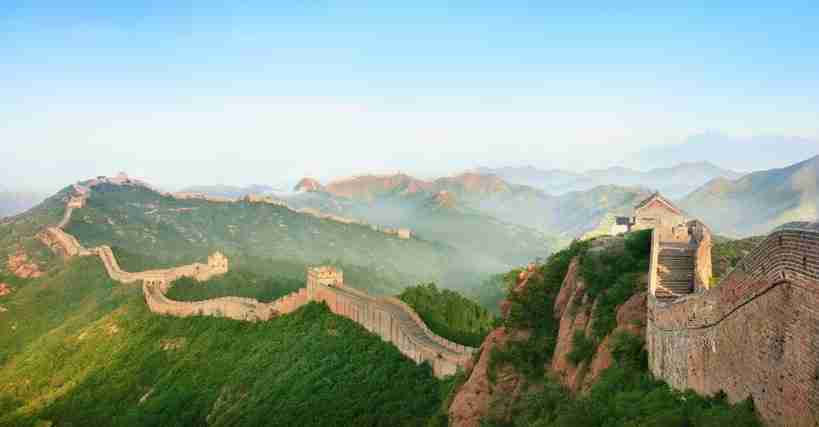 One of China’s most recognizable symbols is the Great Wall, and each day, tens of thousands of visitors explore the various sections, the most popular being the Badaling section.

Emperor Qin Shi Huangdi (259 – 210 BCE) initially conceived of the wall in the third century BCE.  He ordered the wall to be built to help prevent northern nomads from attacking and entering the Chinese homeland.  In fact, the wall is the most extensive construction project ever completed and doesn’t cease to amaze archaeologists to this day.

The best preserved and well-known section of the wall dates to the 14th through 17th centuries CE.  Erected during the Ming dynasty (1368 – 1644 CE), the Great Wall served more as a psychological barrier for China instead of a physical one. 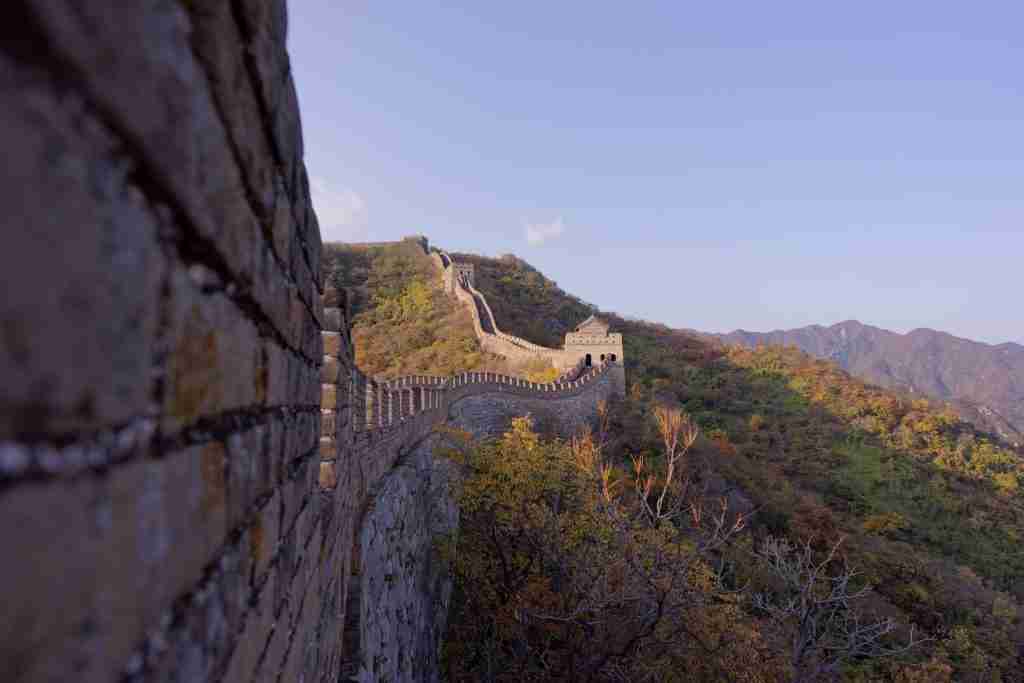 While the beginnings of the wall date from the third century CE, there are many areas of the wall that predate this by hundreds of years. During the Warring States Period (475 – 221 BCE), China was divided into several individual kingdoms. It wasn’t until around 220 BCE, when Qin Shi Huangdi, became the first emperor of China that these kingdoms became unified. At that time, Qin had earlier fortifications removed, and several of the existing walls on the northern border merged into a single wall system (Wan Li Chang Cheng, or 10,000 li-long wall) that extended more than one-third of a mile. It served to protect China from attacks from northern invaders.

An ambitious project, General Meng Tian was in charge, and used a massive army of convicts, soldiers, and commoners as workers to help build the giant wall. Experts say that as many as 400,000 people died during the construction process and most were ultimately buried within the wall.

The wall is made primarily of stone and earth and ended up stretching from the China Sea port town of Shangaiguan to more than 3,000 miles west into Gansu province. Some areas of the wall overlapped to provide extra security. The wall’s base measures 15 to 50 feet, rises as high as 15 to 30 feet tall with ramparts 12 feet or higher and guard towers located at specific measured intervals on the wall.

Once Qin Shi Huangdi died and the Qin Dynasty fell, a significant portion of the Great Wall fell into disrepair. When the Han dynasty (206 BCE – 220 CE) fell, several tribes gained control of Northern China. The most powerful was the Northern Wei dynasty (385 – 525 CE), made repairs to, and extended, the existing wall. Later, the Bei Qi kingdom (550 – 577 CE) restored and built more than 900 miles of the Great Wall. The Sui dynasty (581-618 CE) also repaired and extended portions of the Great Wall.

When the Sui dynasty fell, the Tang dynasty (618 – 907 CE) came to power, causing the Great Wall to lose most of its importance as a barrier and fortification. During this period, China expanded past the northern portion of the wall, which left little need for it to serve as protection from invaders.

Under the Song dynasty (960 – 1279 CE), the northern frontier contracted, as the Liao and Jin people took over most of the area. Then came the Yuan, or Mongol, dynasty (1206 – 1368 CE), which was established by the infamous ruler Genghis Khan whose empire eventually ruled all of China, parts of Europe, and Asia.

The Great Wall was not a military fortification for the Mongols, but they did have soldiers assigned to the wall to protect caravans and merchants that traveled over trade routes including the Silk Road.

The Wall During the Ming Dynasty

What you see today when you view the Great Wall is mostly thanks to the efforts of the Ming dynasty (1368 – 1644 CE). Similar to the Mongols, the Ming rulers didn’t focus on building fortifications. In 1421, the Yongle Emperor made Beijing, the site of the Mongol city of Dadu, the new capital of China.

During the Ming dynasty, the culture of China grew, and construction on the Great Wall was taken up. Other construction projects in the country included bridges, pagodas and temples. The construction that we see on the Great Wall began around 1474. Initially, they focused on territorial expansion, but once they were able to accomplish this goal, they took a defensive stance and extended the Great Wall, using mainly brick and mortar. Find more about best concrete pavers san diego.

Ultimately, the Great Wall had several strategic fortresses and gates, and the areas near the capital were heavily guarded during the Ming period.  The three inner and three outer passes of the wall were each defended by a large garrison of troops, as the Ming considered their defense integral to the stability of their empire.

The Importance of the Great Wall

During the mid-1600s, the Manchus of northern China broke the Great Wall, eventually causing the fall of the Ming dynasty. This paved the way for the Qing (Manchu) dynasty (1644 – 1912 CE). From the 1700s to today, the Great Wall has become a symbol both within China and to the Western world. The Great Wall symbolizes both physical strength and the ingenuity of successive Chinese regimes over the centuries.

One of the most impressive architectural structures built by man, the Great Wall was designated a UNESCO site in 1987.

Today, thousands of national and foreign tourists visit the wall every day, awed by its historical significance and architectural beauty.

If you would like to visit the Great Wall of China in person, check out our many tours of this region. Additionally, learn more about our 15-Day Yangtze Cruise Tour with Bullet train.