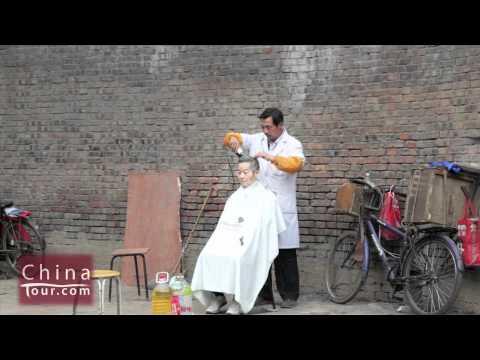 The Terracotta Warriors is a collection of terracotta figures showcasing the armies of Qin Shi Huang, the first Emperor of China. It is a representative of funerary art in ancient China, and these figures and horses were all buried with Qin Shi Huang, protecting the emperor after he died. The Terracotta Warriors was discovered in 1974 by some local farmers in Lintong District, Xi’an, Shaanxi province when they were digging wells. There are three main square-shaped pits hosting these warriors, chariots, and horses. There are over 8,000 soldiers, 130 chariots with 520 horses and 150 cavalry horses buried in these three pits.

In the east of this pit stand three rows of terracotta soldiers carrying weapons and compose the vanguard of this “army.” The main part of the army is composed of 6,000 armored soldiers armed with bows and 35 four-horse chariots. Figures in the Terracotta Warriors are generally 6 feet (1.8 meters high), vivid in postures and with diverse facial expressions. If careful enough, you can see they are different from one another in their face, hair, posture, and stance, from which we can see they are from the different areas and ethnic groups.

The horses stand up straight and some are roaring and some keep silent. The height of the figures is varied depending on their roles, the tallest one being the general of the army. This site represents the sophisticated sculpturing skill of the Tang Dynasty in ancient China.

The Terracotta Warriors captivates innumerable travelers from China and abroad who pay a visit annually.

Want to see these impressive warriors for yourself?  Fill out a simple form or give China Tours a call at (888) 878-1777 to take the first step today!